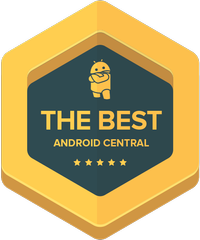 Google isn't reinventing the wheel with the Pixel 7 Pro; it is instead refining the design it introduced last year and rolling out a slate of camera and software features that make a big difference. The Tensor G2 is at the heart of these changes, powering the new features that rely heavily on machine learning, like Photo Unblur. The cameras are even better than last year, and the Pixel 7 Pro gets huge upgrades on the video front. The in-screen sensor has been overhauled and is fast and reliable, and the device runs Android 13 with exclusive software additions. It may not have bold hardware changes, but the Pixel 7 Pro delivers in the areas that truly matter.

Google overhauled its hardware and software efforts last year. The Pixel 6 Pro showcased a bold new design language and high-end camera hardware that elevated Google's flagship to the highest echelons of the smartphone industry, and Android 12 was a major undertaking that introduced the Material You design language.

So it's understandable that Google decided to play it safe this year on both fronts; Android 13 has a few new features, but by and large is a minimal upgrade that doesn't break the mold.

The Pixel 7 Pro is much the same way, with the phone building on the foundations of its predecessor. The design aesthetic has been refined along with the internal hardware, and you'll find new cameras at the back and front. While the hardware hasn't changed too much, Google is introducing a raft of camera and software features that are exclusive to the Pixels, and these, more than anything else, make the Pixel 7 Pro stand out amongst the best Android phones.

Google unveiled the Pixel 7, Pixel 7 Pro, and the Pixel Watch on October 6, 2022, and the devices are going up for sale starting October 13. Like previous years, Google's Pixel phone portfolio is limited to select global markets — including North America and the U.K. — and that number has increased to 17, with five new regions added to the list: Denmark, India, Netherlands, Norway, and Sweden. The inclusion of India is a huge deal as it marks a welcome return of the Pixel flagship in the region following a four-year hiatus (and it made getting the review unit that much easier).

I wrote the initial review after using the device for just under a week, and I updated the post in November after three weeks of use. The phone was running stable Android 13 out of the box and had an OTA update to build TD1A.220804.009.A2 as soon as I finished setting it up.

The Pixel 7 Pro is available with 12GB of RAM as standard, and the base version has 128GB of internal storage. That particular model costs $899 in the U.S., and the Pixel 7 Pro is also sold in 256GB and 512GB storage variants, with each tier costing $100 more. The device is available at all three carriers in the U.S. as well as Google Fi, and you can pick up the phone at major retailers, including Amazon, Best Buy, and straight from Google.

The Pixel 7 Pro is available in Hazel, Snow, and Obsidian colors, and here's what it costs in various global markets:

Google hasn't changed the design aesthetic too much from last year, and the Pixel 7 Pro shares the same overarching design with a few tweaks. The camera bar at the back covers the width of the phone, but this time, it's made out of metal instead of glass, with cutouts for the cameras. This makes the back look much more refined.

This refinement is noticeable in the way the camera bar blends into the aluminum mid-frame, creating a seamless look that looks great. There isn't a traditional two-tone design for the glass back, with Google instead using a contrasting color for the camera bar; again, this ends up looking more polished than what we got last year.

The glass back still has the same glossy finish, and smudges are easily noticeable on the Hazel color variant I'm using. The regular Pixel 7 also has the same finish, but that model gets a matte texture for the mid-frame.

Google isn't being as bold with color choices this time, with Hazel the most striking of the three available choices. The Snow and Obsidian options are more muted, but they include a similar two-tone effect at the back. Like last year, the glass panes at the back and front are covered by a layer of Gorilla Glass Victus, and while I haven't tested the efficacy of the glass protection on the Pixel 7 Pro, I did so several times with its predecessor, and it has fared remarkably well. That said, you should invest in a screen protector.