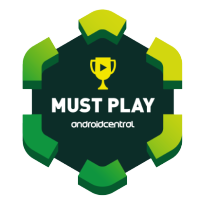 Stray already found itself in the hearts of fans just by how it's a game where you play a wandering cat. But BlueTwelve Studio puts a deceptive amount of heart into this tale, and beautifully designs a crumbling city that players will want to explore every inch of. Never overstaying its welcome, Stray excels at delivering exactly what it set out to do.

Stray immediately captured the hearts of cat lovers when it was first unveiled during PlayStation's Future of Gaming showcase ahead of the PS5's launch. It's been just over two years since then, and Stray admittedly never stayed on my radar all that much. I do love cats, but I was always more of a dog person, so Stray never caught my attention. I kind of regret that now.

Stray releases into PlayStation Plus for Extra and Premium tier subscribers, and it's available to purchase separately for $30. The premise is simple: A stray cat finds itself plummeting through the darkness into a dilapidated city. Separated from its friends, it works to make its way back to the surface all the while uncovering the mysteries of the robot-inhabited environment.

That journey isn't nearly as straightforward as you might expect, however. The city's been walled off due to a pandemic, and the security force isn't keen on letting anyone leave — no exceptions. With a little help from a friendly robot, you'll find your way out in an adventure that's equal parts heart-warming and disturbing.

Right off the bat, you can see that BlueTwelve nailed the atmosphere. This is a crumbling, neon-soaked city split into multiple districts like the Slums and Midtown. It's not all traversable — after all, cats can only jump so far, and the city has an odd amount of bird spikes on air conditioning units for an area comprised exclusively of robots — but much of each section is open for you to explore for you to discover old memories and maybe knock a box or two off of a shelf.

Given the nature of the Stray, its gameplay is fairly simple. Aside from moving around, players are really only able to jump on and off surfaces by pressing X and interact with certain objects by either pushing them or clawing at them by pressing the triangle button. It's not complex by any means.

This remains the case for a couple of chapters. After you complete a few, you're joined by a little robot companion named B-12 that can help you, causing Zurks to explode with the Defluxor. Zurks are the main enemies in Stray and remind me of the headcrabs in Half-Life in terms of their design. They can eat through just about anything and seem to be the only organic matter around. Luckily, their weakness is bright light. They also aren't as fast or nimble as a cat, so they don't pose much of a threat when you can outrun them easily.

Despite its simplicity, BlueTwelve incorporates some clever puzzles into the mix, having you interact with the environment and create domino effects to give you what you want. Without being given hints, you'll need to find your way inside a closed building, for example. If you start exploring or even talk to some of the robotic citizens, you'll find a couple of NPCs on the rooftop throwing cans of paint across the alley. One quick shove and one of those paint cans goes splattering down, forcing the shop's owner to open up the door and allowing you to sneak inside.

You can complete tasks at your own pace, often times out of order. There was another time when I needed a transmitter fixed but Elliot, the robot who would help me, was too cold. Turns out, he needed a poncho woven by the local grandmother, but to get that I needed to find some electrical wire. To get the wire, I had to find detergent and trade for it at a merchant's roadside shop. You can complete these events on your own out of order just by exploring even without meeting Elliot first.

It's not like you have missions with explicit steps to complete that have to be triggered in a specific order. Stray lets players explore at their own pace without pushing or holding them back, which goes a long way for the audience.

The story wasn't what I expected at all, and it's both hopeful and slightly depressing. It's clear from the moment you enter the city that some sort of pandemic forced it to shut down, but the nature of the pandemic and how the city came to be in its current state was a mystery. You'll eventually learn some of the backstory as to what went on, but many of those questions remain unanswered, even after the credits roll.

Why do the robots fear the outside? Why are security forces keeping you from escaping? Who is in charge of everything? We never learn. That said, sometimes it's not about the ending but the journey (or the robot friends we made along the way). Attempting to escape the city with B-12 by my side — and with the help of a few robotic friends — made me appreciate the lengths someone will go to for a better life — even if that someone is a cat.

Speaking of cats, BlueTwelve clearly put a lot of time and effort into the cat's mannerisms. From the rumbling purrs when it rubs up against someone's legs or the stretch in its back when it claws at the floor, the attention to detail is impressive. There's even a couple of moments where the cat ends up limping for a short time, and my heart just about shattered at how pitiful it looked hobbling along.

You can also press O at any time to make the cat meow through the DualSense's speakers, and I love that for obvious reasons.

Stray even takes advantage of the DualSense adaptive triggers, allowing players to feel when the cat is clawing at a surface. Is it some ground-breaking use that makes the game exceptionally better? Absolutely not. Did I still claw at everything I could get my paws on and gleefully press the right and left triggers as fast as I could? I sure did. I'm a simple creature, much like a cat.

Though BlueTwelve says the game should take 8-10 hours to complete, I finished it in just under five. I don't think I rushed anything and felt that I spent more time wandering around looking for secrets than was necessary, so I feel like 5-6 hours is a more accurate estimate for most players. This was the perfect amount of time for it; it didn't drag on too long nor end too abruptly.

As I mentioned earlier, the controls and gameplay are all fairly simple. Though this simplicity is to be expected because of the nature of the game, some people may want something that requires a bit more strategy or complexity. I also think that the Zurks never get a chance to shine as a proper threat, and the climactic moment in the sewers left me feeling more confused than anything.

That confusion plays into another downfall of Stray. While I can appreciate open-ended stories and those that leave some questions unanswered, Stray leaves a bit too much open to interpretation for my liking. Without spoiling it, there's clearly something weird going on with the Zurks that isn't explained at all, and we never learn the reasoning behind the city's continued shutdown. It's like a Fallout Vault that just closed and never opened, abandoned to be lost in time, even when the outside environment was safe.

Stray: Should you buy it?

Anyone who knows me knows how much I love dogs. I've only ever had dogs in my family growing up, and never once owned a cat. By the time the credits rolled, I was sitting on my couch contemplating whether I should rescue a cat. Sure my current dog isn't cat-friendly, but I was overwhelmed with an immense feeling of just wanting to hold a cat in my arms. That says a lot.

Stray may not be for everyone, but those interested in it from the get-go will be happy with what they find. Like knocking books off a shelf, something so simple can bring so much joy.

Climb buildings and traverse a crumbling city with a little robot by your side. Stray shows that any one of any size can overcome all obstacles.

Jennifer Locke has been playing video games nearly her entire life. You can find her posting pictures of her dog and obsessing over PlayStation and Xbox, Star Wars, and other geeky things.