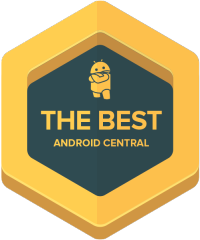 Few purchases will feel as worthwhile as the Samsung 980 Pro with heatsink for avid PS5 gamers. With faster-than-stock speeds and a great price, choosing Samsung as your next PS5 SSD upgrade is a no-brainer.

Samsung is known for having some of the absolute best SSDs on the market. It's been a known quantity for years, with the company pushing 3D NAND tech and other groundbreaking research that has helped SSDs plummet in price and skyrocket in performance. The Samsung 980 Pro with heatsink is the company's latest high-end SSD that's built not only for fast speeds but also to keep those speeds consistently fast.

Samsung sent me one to test out specifically for the PS5, where having a heatsink is important to keep the drive cool and performing well even under heavy pressure. When the PS5 launched, it surprised many people because of the blazing speed of the SSD inside. Turns out, Samsung built something even faster than Sony did.

No matter which game you play, the Samsung 980 Pro with heatsink will reduce load times and make loading screens even less common than they already are. Plus, at 1TB or 2TB of storage, even the largest games will fit comfortably inside without affecting your built-in system storage. It's the best SSD for PS5 we've seen yet, and it retails for a lower price than our previous favorite, the WD Black SN850.

The Samsung 980 Pro with heatsink retails for $250 MSRP for 1TB capacity, while the 2TB model is an eye-watering $450. But, thankfully, seeing it retail at MSRP is quite uncommon. The price more regularly hovers around the $170 mark for the 1TB model and $300 for the 2TB model.

In fact, since its launch in late November 2021, the regular price has dropped at retailers and hasn't gone up at all, according to resources like Camel Camel Camel. At $170, it's quite a bit cheaper than the next-best SSD you can get for your PS5, and it includes a heatsink.

Samsung is only selling the 980 Pro with heatsink in 1TB and 2TB capacity models, so folks hoping for a less expensive 512GB model are out of luck. Unlike other SSDs, this one looks to be readily available for purchase at all major retailers.

Installing an SSD in a PS5 is a pretty simple task, and transferring your games from the internal storage to the SSD only takes a few button presses and a minute or two.

From the initial installation, you'll marvel at how unbelievably fast this drive is. After getting the drive installed and booting my PS5 back up, I was able to transfer the entirety of my PS5 game library from the internal storage to the Samsung 980 Pro in just a few minutes. I didn't even have time to make a cup of tea before it was done.

In total, I transferred seven games from the PS5's internal storage to the Samsung 980 Pro and used those to help test the speed and reliability of the drive. The PS5 games are split evenly between disc and digital versions.

I also included Horizon: Zero Dawn as a PS4 title since it's one of the more graphically impressive PS4 titles and would benefit from reduced loading times (unless you really like loading screen hints).

First, I ran the test with the games on the internal storage, then moved all of them and ran the same tests again. Here's how long that took for each game.

As you can see above, the Samsung 980 Pro was faster than the PS5's internal storage in every single scenario but one. At times, the difference could be several seconds faster, as was the case with Astro's Playroom and Horizon: Zero Dawn.

You might also notice a large difference in start times between all of the above games. That's because some games, like The Matrix and Spider-Man: Miles Morales, have quite a few unskippable logos and other initial start screens that play during the initial load process. If these weren't present, there's little doubt that those numbers would have been lower.

Looking at the loading speeds between the time I clicked "play" on the game's menu and the time the game was playable is a better look at actual in-game loading times. In most cases, the Samsung 980 Pro was only fractions of a second faster than the internal PS5 storage.

This might not seem like much, but if anything, it shows that the Samsung 980 Pro can really hustle when it needs to — at least during the heavy initial loading time for the game to start.

Samsung's inclusion of a quality heatsink on the drive will ensure that these fast load times are consistent during the entire duration of your gaming session, no matter if that means 20 minutes or 5 hours.

Samsung 980 Pro SSD with heatsink: What could be better

In order to get the proper performance your PS5 needs, you have to spend a bit more money than you might have initially thought. While a standard 1TB m.2 SSD will cost around $80, getting one that's both super-fast *and* has a heatsink are vital for a good experience on the PS5. Because of this, even the least expensive SSDs for PS5 will cost double what a standard one without a heatsink would.

That being said, Samsung's prices are still lower than the competition's for the 1TB model. The real cost comes when considering the 2TB model, which is almost double the price of the 1TB model. In many cases, doubling the amount of RAM or storage on a PC or other digital device typically translates to something like a 50% price increase since you're getting more value for buying in bulk.

While it's not actually double the price — that would make the 2TB model $340 — $300 is a heck of a lot of money to spend just to get more console storage. It's not an unreasonable price but it's not an impulse buy, either. If nothing, it would be nice to see Samsung offer a 512GB option for folks who want a storage expansion for closer to $100.

The WD Black SN850 is the closest competitor you'll find. Both drives perform nearly identically and, in real gaming scenarios, no one would notice any difference at all. The 1TB WD Black SN850 model is only a little more expensive than the Samsung 980 Pro — that's roughly $185 for WD's drive — but the 2TB model is substantially more at around $370. Simply put, unless you really just have a thing for WD drives, there's no reason to choose it over the Samsung 980 Pro.

At this price, the only more financially sensible option would be to buy an SSD heatsink and drop it on a more ordinary m.2 SSD. That can be one you already have lying around or a cheaper SSD that meets Sony's speed requirements. By any measure, though, you're not going to get better value for your money (or better speed) than buying the Samsung 980 Pro with heatsink.

Samsung 980 Pro SSD with heatsink: Should you buy it?

If you're looking for an SSD upgrade for your PS5, the Samsung 980 Pro with heatsink is a no-brainer. It doesn't come in smaller capacities than 1TB, but that's probably not an issue for anyone who plays a lot of PS5 games. After all, the average big-name PS5 game hovers around the 50GB mark, meaning you can install roughly 13 games on the PS5's internal storage before you'll need more.

Samsung has provided a perfect way to not only double your storage for a relatively affordable price, but to do so without losing the PS5 speed that gamers have come to love. This drive runs cool, loads everything in seconds, and never slows down even during long gaming sessions. It's as good as you can get.

(opens in new tab)
$139.99
(opens in new tab)
View (opens in new tab)
Show More Deals
We check over 250 million products every day for the best prices
Nicholas Sutrich
Senior Content Producer — Smartphones & VR
Nick started with DOS and NES and uses those fond memories of floppy disks and cartridges to fuel his opinions on modern tech. Whether it's VR, smart home gadgets, or something else that beeps and boops, he's been writing about it since 2011. Reach him on Twitter or Instagram @Gwanatu
Android Central Newsletter